Founder and President (Owner and operator of Private Chefs)
Born in Wolfsberg, a pastoral town in Southern Austria, Christian Paier was raised in an environment of quality cuisine. He grew up around his parents’ restaurants and meat shops. By the time he was fourteen, he knew he wanted to be a chef. His journey began at the world-famous Hotel Kramer in the Austrian Alps, where he spent three years studying under the greatest chefs in Europe, receiving his certified chef’s diploma from the Austrian Chef’s committee. His next position was at the famed Vienna Hilton, a five-star hotel with one of the most respected gourmet restaurants in Europe. It was there that Christian quickly began to gain a formidable reputation as an accomplished chef.

After several years at the Vienna Hilton, he realized his dream of becoming a renowned chef in the United States when he accepted an offer for the management training program at The Breakers, a luxurious five-star hotel in affluent Palm Beach, Florida. He was quickly promoted to executive banquet chef when he was only 22, making him the youngest person in the hotel’s hundred-year history to hold such a prominent position. The post put him charge of all the ballrooms and off-premises catering, further highlighting his impressive culinary skills.

After four years at The Breakers, and one year as the banquet department chef at the PGA National Resort and Spa in Palm Beach, Christian decided to head for Los Angeles, home to celebrities from all over the world. He took a position as chef at the trendy Rockenwagner’s in Santa Monica, a restaurant famous for its fusion of Asian and classical French cuisine. After countless lucrative offers from the restaurant’s high-profile clients to become a private chef, he decided to take a position with Hollywood royalty. He worked for the family in their Bel Air mansion for eight years, delighting them with his culinary skills and impressing their celebrity guests and countless others.

As a private chef, he prepared innovative and elegant fare for the couples weekly dinner parties and frequent screenings, with an unlimited budget and no reins on his creativity. The position offered him a great deal of personal and financial freedom, with an impressive salary, seven months paid vacation a year and free lodging. And it allowed him time to nurture his rapidly growing chef’s agency, based in Beverly Hills.

Today, Christian devotes all of his time to Private Chefs, Inc. developing new projects. These include a cookbook and TV show, “Celebrity Dish,” where you take a trip with the private chefs to the rich and famous, for an inside look at amazing recipes, personalities and lifestyles. He has been featured in TV shows and magazines around the world.

Private Chef’s Inc. is dedicated to finding the perfect chef for your specific needs but don’t take our word for it, ask our amazing clients! 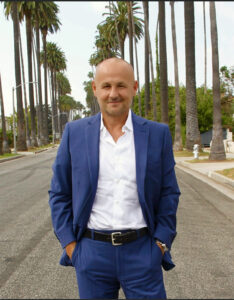